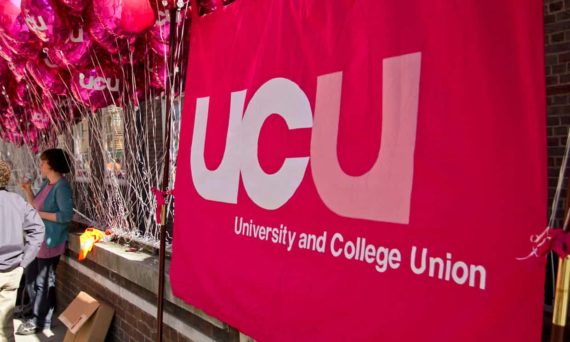 Almost 70,000 students have signed petitions demanding compensation from their universities in the run-up to planned strike action by lecturers, starting this Thursday, which threatens to bring disruption to campuses for weeks.

The University and College Union (UCU), whose members voted overwhelmingly in favour of industrial action, had hoped university heads would return to the negotiating table but they now say that strike action is inevitable.

Students, caught in what is becoming an increasingly acrimonious dispute, are demanding their voices be heard. Petitions have been launched at more than 30 universities calling for fees to be reimbursed for teaching hours lost. The number of signatures is rising at the rate of 10,000 a day.

Chris Forde, a professor of employment studies at Leeds University and a UCU member, is collecting the petitions. “The volume of students that have signed up has got to send a signal about the dissatisfaction with the situation. I hope that would at least make the parties consider coming back to the table.

“None of the students are explicitly critical of the stance taken by lecturers. The students seem to be taking it up with their universities. They want their fees compensated and they want them to get back to the negotiating table.”

The UCU estimates that a million students will be affected by strike action, with the loss of 575,000 teaching hours that will not be rescheduled. Institutions affected include some of the UK’s most prestigious universities including Oxford, Cambridge, Bristol, Durham, Exeter, and Imperial College London.

While many students sympathise with their lecturers’ predicament there is growing frustration among those who are likely to be most severely affected by strikes that will last 14 days initially, with the possibility of further action during summer final exams.

One Sussex University student who is demanding compensation said: “I am a third-year student in his last term of university and the fact that my vice-chancellor has told me that I could be without any assistance for a whole 14 days over four weeks in my most important term of education is a joke.”

Lecturers are taking strike action because they oppose proposed changes to their pensions which they say will leave a typical lecturer almost £10,000 worse off each year in retirement – or about £200,000 in total.

Universities UK (UUK), which represents university employers, has proposed that in order to overcome a £6.1bn deficit in the Universities Superannuation Scheme (USS), the fund should switch from a defined-benefit scheme, which gives a guaranteed retirement income, to a riskier defined-contribution plan, where pension income is subject to stock market movements.

Anthony Forster, a professor and vice-chancellor of the University of Essex, is one of a small number of university leaders who have come out in favour of universities paying out more to protect their staff pensions.

He said: “We believe high-quality pension arrangements are a significant part of the benefits available to our employees. At Essex we are prepared to consider increasing employer contributions to the scheme, alongside increases in employee contributions, in order to sustain critical features of USS, including defined benefits.

“To date we have failed to win over most universities to our view, with 109 employers stating in their responses to the UUK survey that they would be unwilling to increase employer contributions beyond the current level of 18% of salary – with only seven indicating that they were prepared to pay more into USS to safeguard a high-quality pension scheme. Sometimes principles cost money.”

Final preparations are getting under way for Thursday’s strike action. As well as picket lines outside entrances to the 64 universities affected by the action, there will be a series of rallies in Bristol, Cambridge, Cardiff, Leeds, London, Manchester, Newcastle and Oxford.

UCU’s general secretary, Sally Hunt, who will address a rally that day at Goldsmiths, University of London, said strike action now looked inevitable. “We deliberately announced these strike dates to give universities time to come back round the table with us and get this mess sorted out. They have refused to do so and want to impose their reforms on staff.

“Unsurprisingly staff are angry and significant disruption on campuses across the UK now looks inevitable. The key is how universities react to the action this week. We will be meeting on 2 March to consider what wave two of the action may need to involve, and nothing is off the table.

“We doubt any universities want a prolonged dispute that carries on towards exam season and would urge vice-chancellors to put pressure on Universities UK to get back round the table with us.”

A UUK spokesperson said: “The USS pension scheme has a deficit of £6.1bn and the cost of future pensions benefits has increased by one third since 2014. To maintain current benefits overall, contributions would have to increase by approximately £1bn every year. We hope that employees recognise that changes are necessary to put the scheme on a secure footing, and that the proposed strike action will only serve to unfairly disrupt students’ education.”

Check out our service for writing essays and other types of college papers.